We have finally realized that the Internet is much more than a network of computers. It is an endless web of people. Men and women from every corner of the globe are connecting to one another, thanks to the biggest social interface ever known to humanity. Digital culture has laid the foundations for a new kind of society.
And this society is advancing dialogue, debate and consensus through communication. Because democracy has always flourished where there is openness, acceptance, discussion and participation. And contact with others has always been the most effective antidote against hatred and conflict.
That’s why the Internet is a tool for peace.
That’s why anyone who uses it can sow the seeds of non-violence.
And that’s why the next Nobel Peace Prize should go to the Net.
A Nobel for each and every one of us. 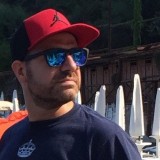